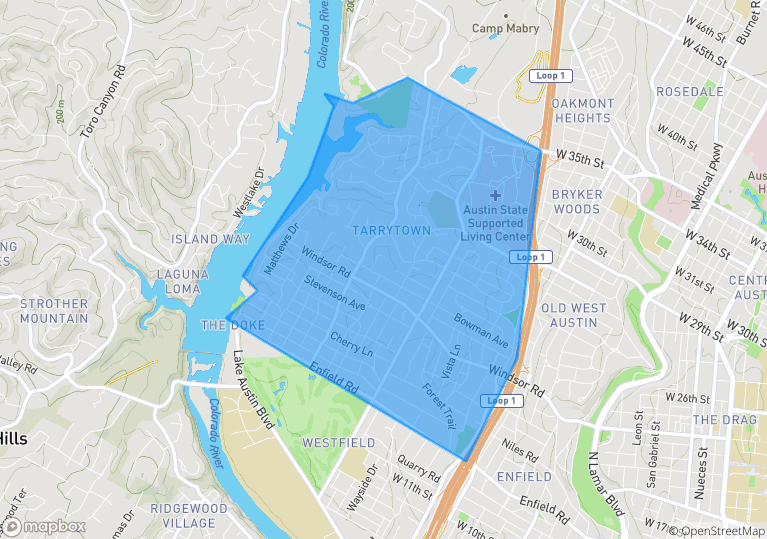 West of Mopac and north of Lake Austin
in zip code 78703, Tarrytown is where high-end meet traditional. Tarrytown is
filled with lavish shops, restaurants, parks and a 3-mile drive to downtown.
Also known as “Old Austin,” Tarrytown reflects the quite nostalgia era before
all the hustle and bustle moved in. Here you’ll find charming houses with tons
of character from the early 1940s uniquely designed to incorporate the nature
around it. Tarrytown subdivisions are filled with strong oak trees, and roads
that follow the natural flow of the land around it, creating a suitable
location for anyone who wants to get away from the city. The community and its
neighbors love to get to know one another and the kids all hang out with each
other. Some of the streets even have their own Christmas community party where
everyone on the street is invited. You will find popular locations in Tarrytown
such as:

View our selection of available properties in the Tarrytown.

Check out the latest demographic information available for Tarrytown.

Get to know Tarrytown better with our featured images and videos.

Learn more about schools near Tarrytown complete with ratings and contact information.

The Best in Tarrytown

Browse through the top rated businesses in the most popular categories Tarrytown has to offer.

Read interesting and helpful resources and articles related to Tarrytown

You may wonder whether you should sell your home during the pandemic. T… read more

Just as bears come out of hibernation in the spring, so do home buyers. Wit… read more